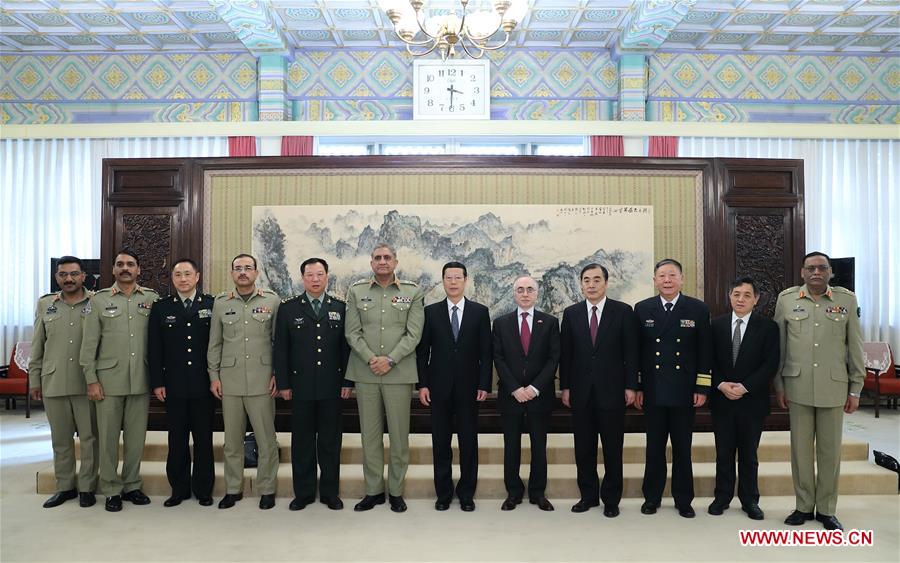 Zhang lauded the rapid development of China-Pakistan ties, saying bilateral cooperation not only benefits the two peoples, but also contributes to regional peace and stability.

He called on the two sides to maintain close high-level contact and strengthen coordination on international and regional affairs, to lift bilateral ties to new heights.

He suggested that the two countries should enhance defense and security cooperation and push forward the building of the CPEC in an orderly manner.

Bajwa said Pakistan views the relations with China as the cornerstone of its foreign policy and its army will always be a staunch supporter of bilateral friendship.

To ensure the smooth construction of the CPEC, the Pakistan armed forces will resolutely safeguard its security, he said.