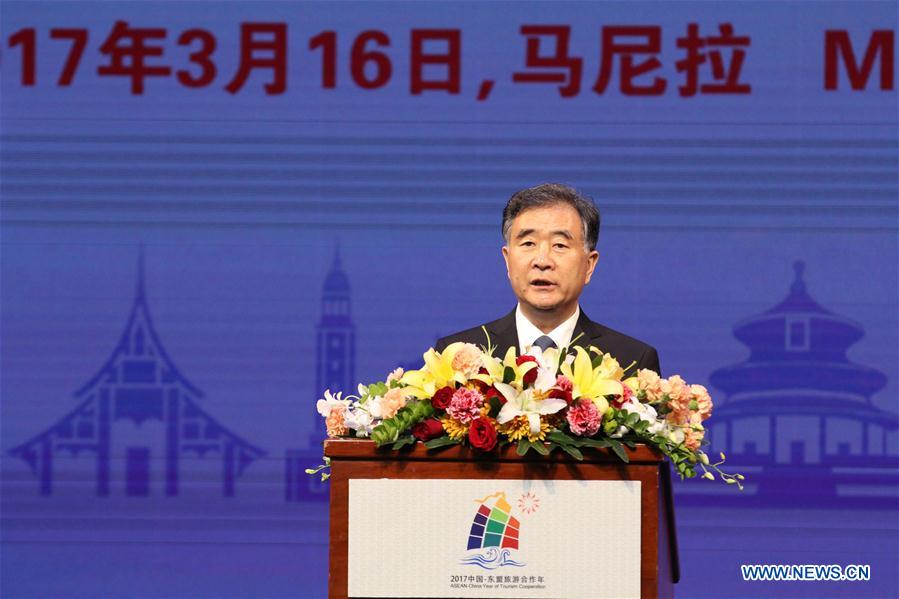 Chinese Vice Premier Wang Yang attended the launching ceremony and made a speech in Manila, the capital city of the Philippines, where he is on a four-day visit.

Wang Yang said China and ASEAN have been enjoying rapid economic development and people's livelihood has greatly improved, adding that a mass tourism era has come.

The Chinese vice premier noted that tourism cooperation between the two sides enjoys bright prospect, vowing China will work with ASEAN countries to take the China-ASEAN Year of Tourism as an opportunity to further upgrade the industry.

"We need to build more platforms for tourism cooperation to translate the consensus of our leaders into more outcomes of practical cooperation," Wang Yang said.

Wanda Teo, tourism secretary of the Philippines which holds the rotating chair of the ASEAN, said connectivity inside ASEAN has improved gradually in past years, and that people move more freely within ASEAN with it as a single tourism destination.

"We celebrate today the tourism cooperation year between China and ASEAN, we hope tourism organizations of the two sides strengthen their cooperation, which will in turn bring more job opportunities and investments with it," she said.