China calls for more cooperation with Serbia within 16+1 framework 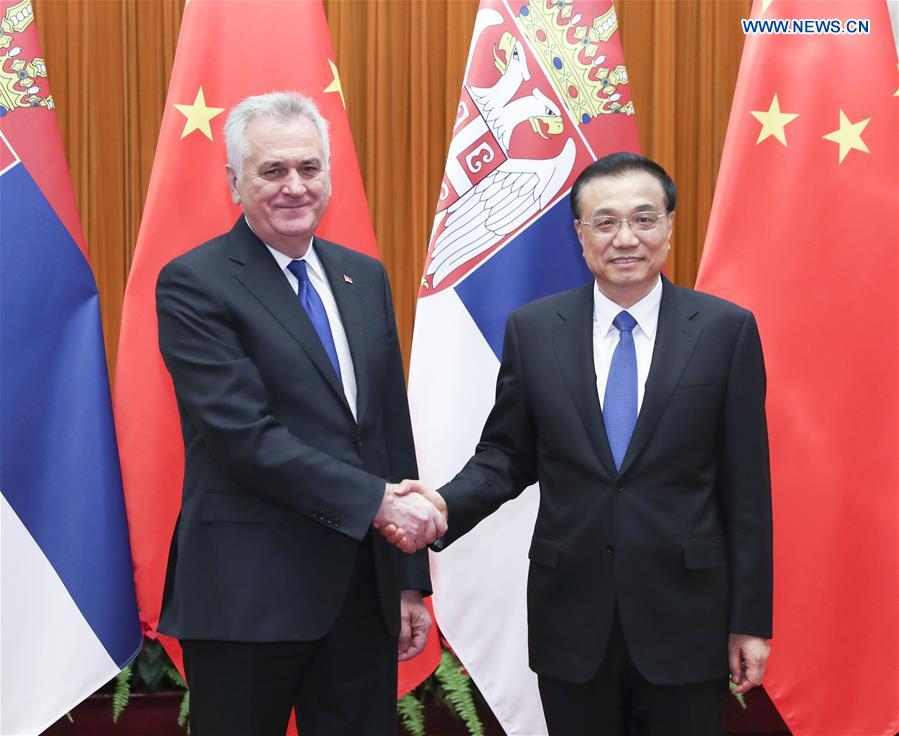 Li made the pledge when meeting with visiting Serbian President Tomislav Nikolic at the Great Hall of the People.

The "16+1" refers to China and the 16 Central and Eastern European countries (CEEC).

Li said trade and investment between China and Serbia have grown rapidly and bilateral cooperation on production capacity and infrastructure construction continued to make breakthroughs.

He encouraged both sides to further explore cooperation potential, give full play to the 16+1 mechanism and forge ahead with major cooperation projects under market principles and a commercial framework to achieve sustainable development on the basis of win-win cooperation.

Both countries should further promote the Serbia-Hungary railway and make the project an example of China-Serbia flagship cooperation and China-CEEC cooperation on production capacity, Li said.

He also called on the two countries to expand two-way trade, strengthen cooperation in areas including finance, customs, culture, tourism, and people-to-people exchanges, and intensify coordination within the 16+1 framework.

Nikolic, for his part, said Serbia is the first country among the CEECs to establish a comprehensive strategic partnership with China.

Serbia is ready to expand cooperation with China and welcome Chinese enterprises to invest in the country, he said.

He also called for more cooperation on projects in the fields of infrastructure and production capacity, expanding trade of agricultural produce and exploring opportunities on a third market.

Zhang, chairman of the National People's Congress (NPC) Standing Committee, said China's NPC attaches great importance to relations with the Serbian National Assembly and would like to step up bilateral exchanges at all levels.

Nikolic said he is full of confidence in the future of bilateral ties and supports cooperation between the two legislature bodies.

Prior to his meeting with Li and Zhang, Nikolic offered a wreath to the Monument to the People's Heroes at Tian'anmen Square in Beijing.