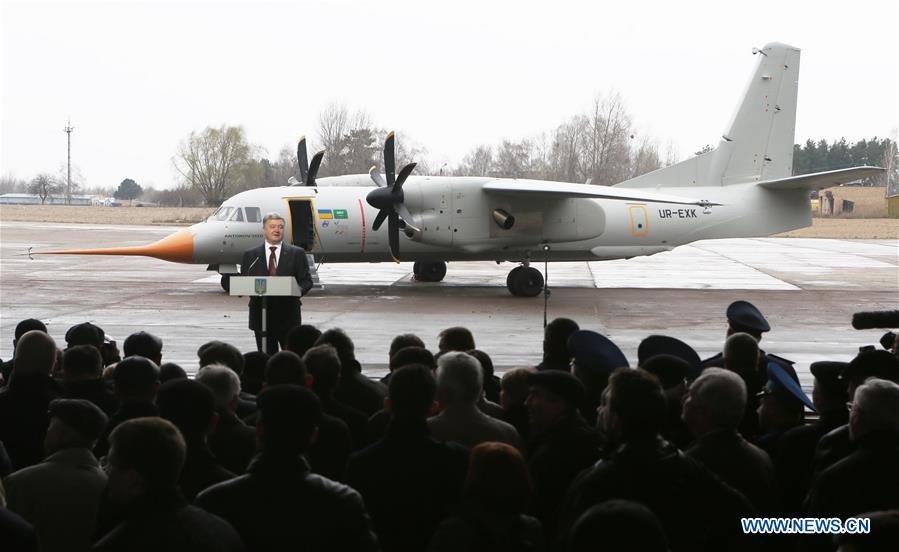 Ukrainian President Petro Poroshenko delivers a speech after an An-132 light transport plane made a successful maiden flight from the Svyatoshyn airfield in the Ukrainian capital to the Antonov airfield in Kiev region, at the Antonov airfield in Kiev region, Ukraine, on March 31, 2017. Ukraine-produced An-132 light transport plane has taken to the skies for the first time on Friday, Ukrainian state-run aircraft producer Antonov said in a statement. The multi-purpose plane, capable of carrying up to 9.2 tons of cargo, could be used in emergency medicine, fire-fighting, skydiving, cargo transportation and reconnaissance missions. (Xinhua/Sergey)