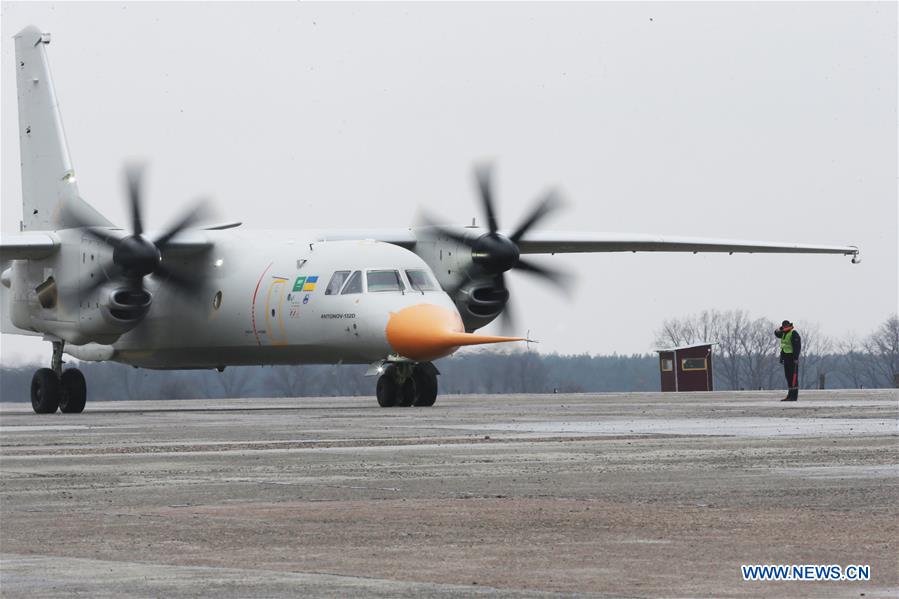 An An-132 light transport plane lands at the Antonov airfield in Kiev region, Ukraine, on March 31, 2017. Ukraine-produced An-132 light transport plane has taken to the skies for the first time on Friday, Ukrainian state-run aircraft producer Antonov said in a statement. The multi-purpose plane, capable of carrying up to 9.2 tons of cargo, could be used in emergency medicine, fire-fighting, skydiving, cargo transportation and reconnaissance missions. (Xinhua/Sergey)