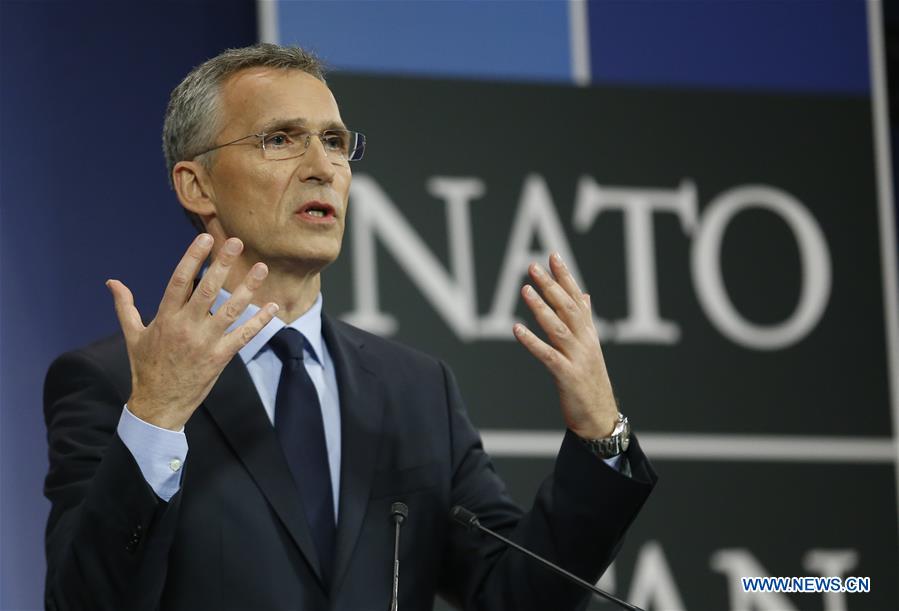 NATO Secretary General Jens Stoltenberg speaks during a press conference in the end of the NATO Foreign Ministers meeting at its headquarters in Brussels, Belgium, March 31, 2017. (Xinhua/Ye Pingfan)

Highlighting the progress made by the alliance in this area, Stoltenberg said NATO European Allies and Canada increased 10 billion U.S. dollars in defense spending last year.

He said ministers talked about the idea of developing national plans for NATO allies to reach the NATO goal of spending 2 percent of GDP on defense. "This is about cash, capabilities and commitment to deployments -- all three are important," he added.

Another topic of the meeting was NATO's response to terrorism. "One of our best tools in the fight against terrorism is training local forces," Stoltenberg said.

According to him, NATO is helping local forces in Iraq to better counter Islamic State (IS), including the training to counter improvised explosive devices.