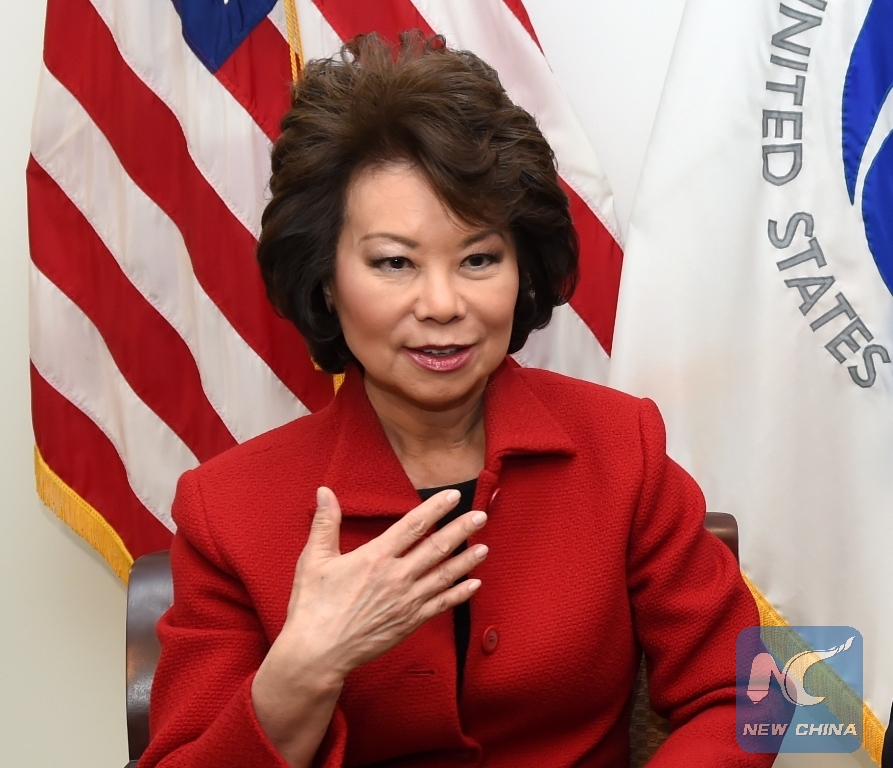 WASHINGTON, March 31 (Xinhua) -- The ambitious infrastructure repair and rebuilding plan of the Trump administration is likely to be rolled out in the third quarter this year, with possible involvement of foreign companies, U.S. Secretary of Transportation Elaine Chao has said. 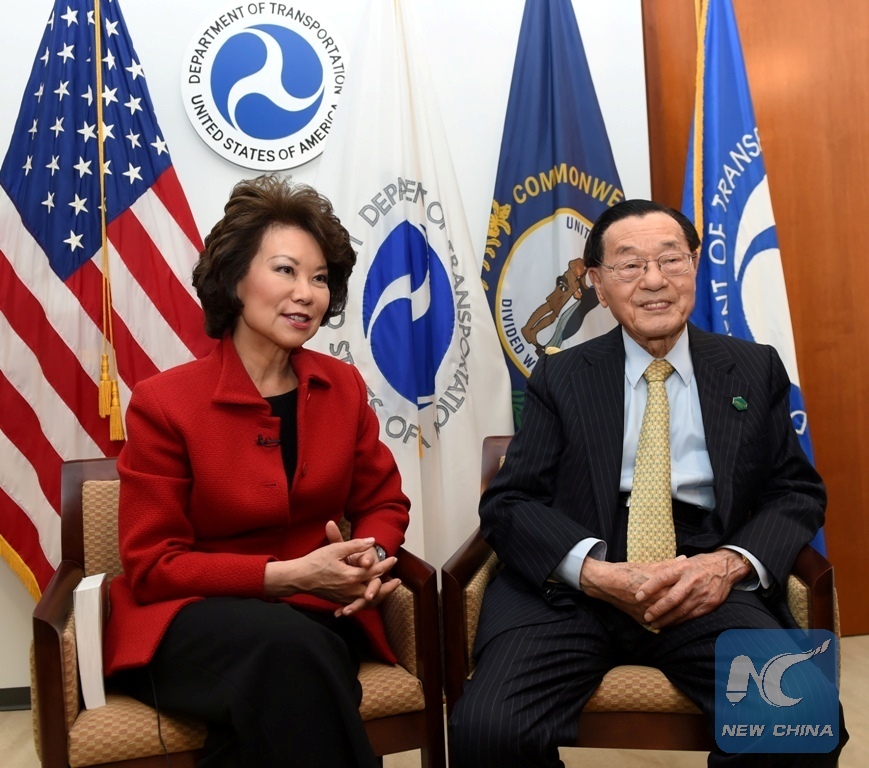 "We need to address the deteriorating infrastructure of this country ... This is one of the president's top priorities," Chao told Xinhua in a recent interview in her Washington D.C. office.

But it is quite likely that "this will be a third-quarter initiative," as the president had to go through healthcare and tax reforms first, said Chao, who became the 18th transportation secretary after winning Senate confirmation on Jan. 31.

"We are working on the outlines and possible details of the infrastructure initiative. A package will be coming out later ... in the next several months," she added, without further elaboration.

As a key part of his "Make America Great Again" campaign pledge, President Donald Trump has proposed investing 1 trillion U.S. dollars over 10 years to upgrade the country's infrastructure, which he described as being on a par with "a third-world country."

The American Society of Civil Engineers gave the nation's overall infrastructure a grade of D+ in its 2017 Infrastructure Report Card released earlier this month.

A total investment of 4.59 trillion dollars would be required to lift the U.S. infrastructure from a D+ to a B grade, the report card projected. 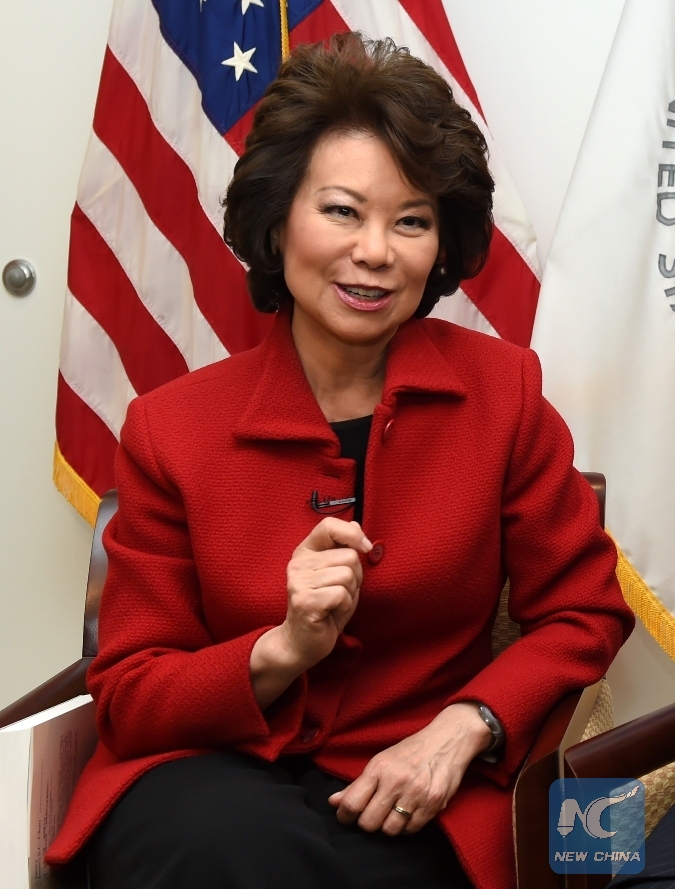 Trump has repeatedly praised the up-to-date infrastructure facilities in places like Dubai, Qatar and China.

However, Chao said that whether foreign companies would be allowed to participate in Trump's new infrastructure programs is still a "subject of discussion right now."

Even if they are granted access, foreign companies also need to change their old way of doing business in the United States, she said.

Trump's emphasis on "Buy American, Hire American" will foster a "greater awareness" on the part of these foreign companies that if they come to the United States they need to help create American jobs, she added.

The new administration is also seeking to cut the red tape and shorten the process for an infrastructure project's review and implementation, she said.

Sometimes it takes 15 years to build a road in the United States because as many as eight to nine government agencies are involved in the project, she added. 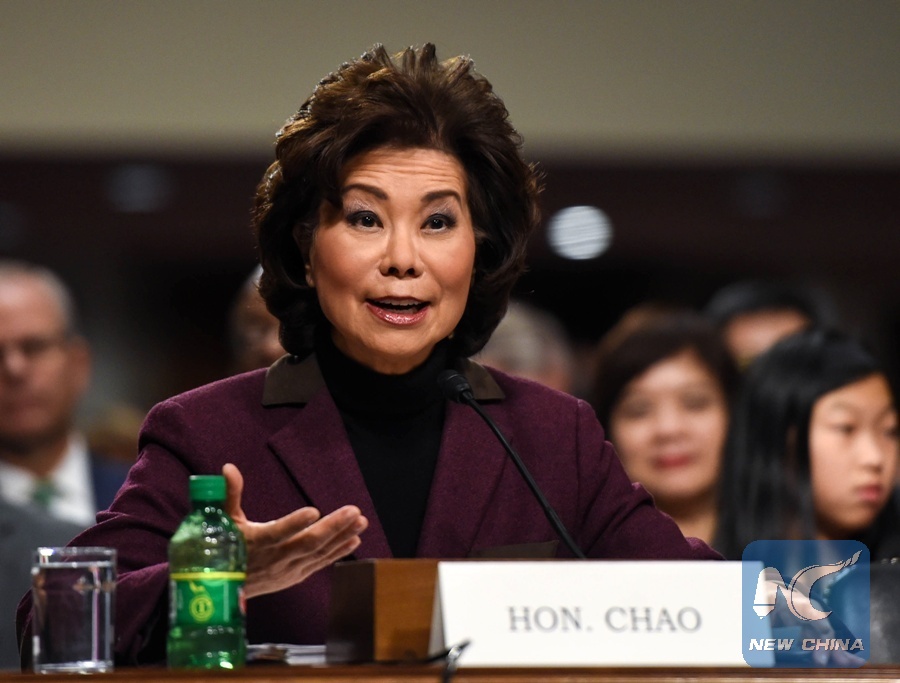 Elaine Chao testifies before the U.S. Senate Commerce, Science, and Transportation Committee during the confirmation hearing on her nomination to be Secretary of Transportation at Capitol Hill in Washington D.C., the United States, on Jan. 11, 2017. (Xinhua/Bao Dandan)

Talking about her new job, Chao, the only member of Trump's cabinet to have served in a previous administration, has strong self-confidence in facing up all the challenges.

"I am a veteran... I know very well what to do, how to manage the process, how to reach people, how to coordinate with different people," she said.

"My goals are three folds," Chao said. "Safety is always the Number One: We want the traveling public to go from point A to point B efficiently and safely."

The second thing is to "build the infrastructure for tomorrow" to "maintain America's competitiveness, and also productivity," she said.

The third is to "look to the future," which means regulating and overseeing emerging technologies, like self-driving cars and drones for package delivering, in transportation, with the aim to preserve innovation and creativity in America, she said.

Chao, 64, is the first Asian-American woman to be appointed to U.S. cabinet roles.