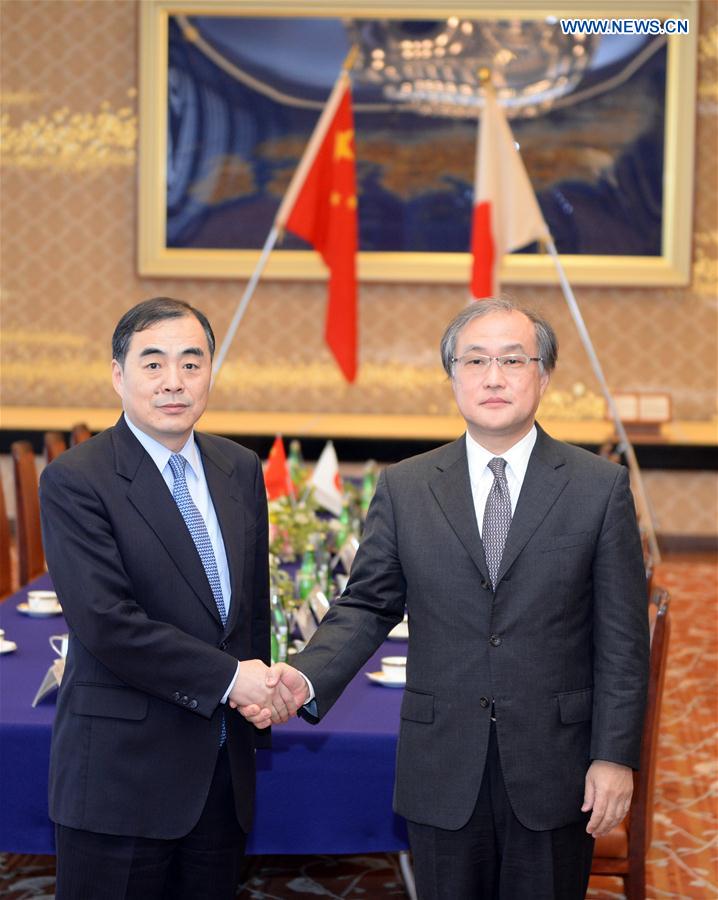 TOKYO, April 4 (Xinhua) -- Senior diplomats from China and Japan exchanged views on bilateral ties and a number of other issues of mutual concern at a regular meeting here on Tuesday.

Kong Xuanyou, Chinas assistant foreign minister, noted at the meeting that bilateral relationship is at an important historical juncture and faces both opportunities and challenges, with the two countries marking the 45th anniversary of the normalization of diplomatic ties this year.

The two sides shall further enhance the sense of responsibility and the sense of crisis to implement the important consensus reached by leaders of the two countries and to sustainably improve the bilateral relationship toward the right direction, he said.

He also urged the Japanese side to honor its promises and act with prudence on some sensitive issues and to make efforts for the improvement of bilateral ties.