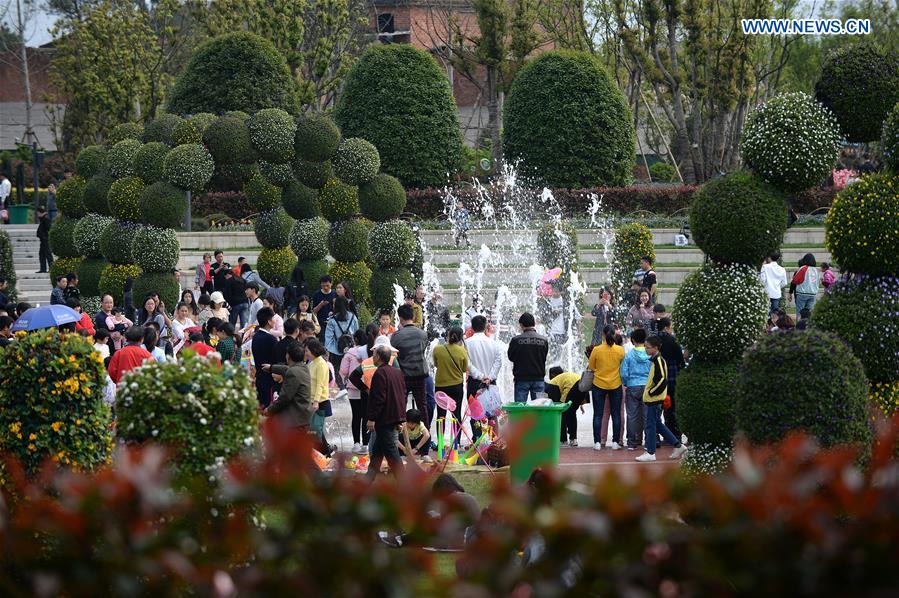 Tourists have a trip at a park during the Qingming Holiday, a three-day holiday for the Tomb-Sweeping Day, in Fuzhou, east China's Jiangxi Province, April 3, 2017. (Xinhua/Peng Zhaozhi)

The revenue was driven by 93 million domestic tourist trips, the National Tourism Administration said in a statement.

Tomb-sweeping Day, also known as Qingming Festival, is an important occasion for Chinese to honor their ancestors. Many also spend the three-day holiday on leisure travel.

Most of the tourists hit the road for short-haul trips. Meanwhile, Railway operator sent 35 million passengers, most of whom headed for the Beijing-Tianjin-Hebei area and the Yangtze River Delta region.

China's tourism industry is key to the country's shift towards a more service-driven economy and is a useful indicator of the strength of consumer spending.