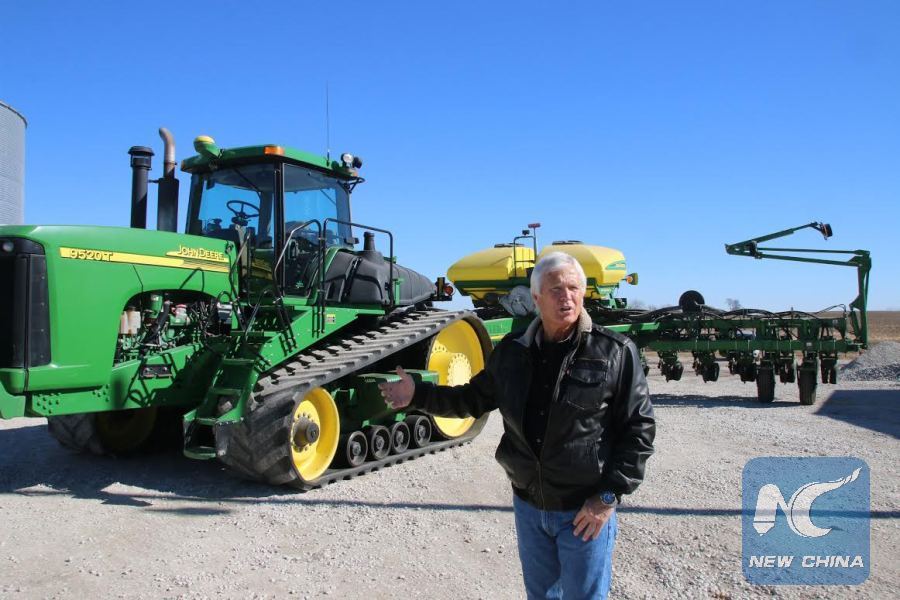 Rick Kimberley, an Iowa farmer, is introducing his tractor at his farm in Des Moines, capital of Iowa, on Feb. 17. (Xinhua/Zheng Qihang)

"I hate the thing that he has got a big tariff," said Tom Rooney, a farm owner in central Iowa, when asked about the reaction to Trump's rhetoric of levying 45 percent tariffs on imports from China. "Hopefully, he has got a way to work that out to balance the trade," he added. 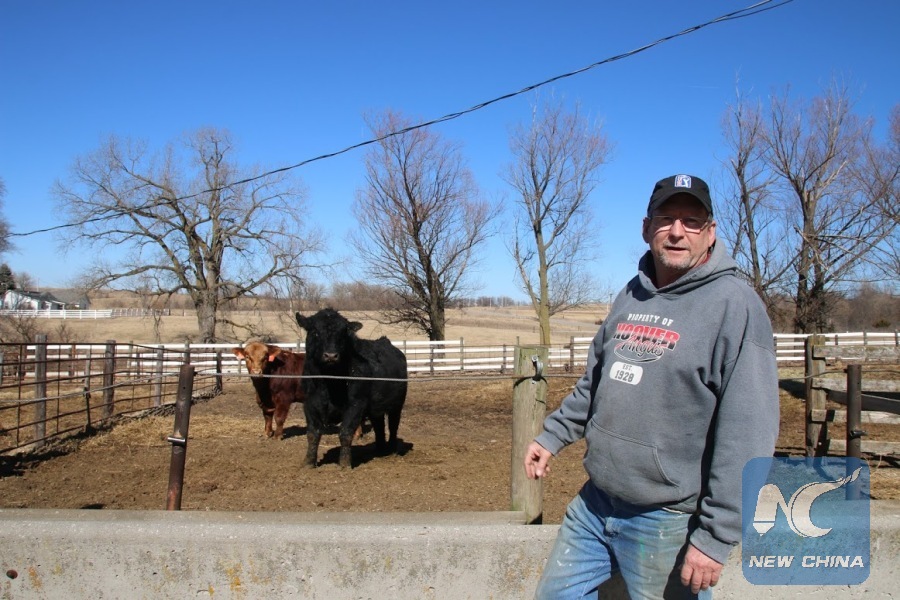 Tom Rooney is standing in front his barn in Des Moines, capital of Iowa, on Feb. 17. (Xinhua/Zheng Qihang)

Possible escalation of trade tension between China and the United States has cast some shadow for the Kimberley family. "It's a little concern to us. We can get along and everybody keeps trading but uncertainty is our concern," said Rick Kimberley, an Iowa farmer who is attending around 4,000 acres of farmland in a suburb of Des Moines with his son Grant.

Hart added that for soybeans, China is such a huge export market for the United States that any sort of disruption there could have a major impact on crop prices.

According to data from the U.S. Department of Agriculture, the Chinese market absorbs about two-thirds of all U.S. soybean exports, or roughly a quarter of the total U.S. soybean crop.

Despite their concerns, farmers in Iowa remain cautiously optimistic about the trade relationship between the United States and China because they have felt the importance of trade to both countries. 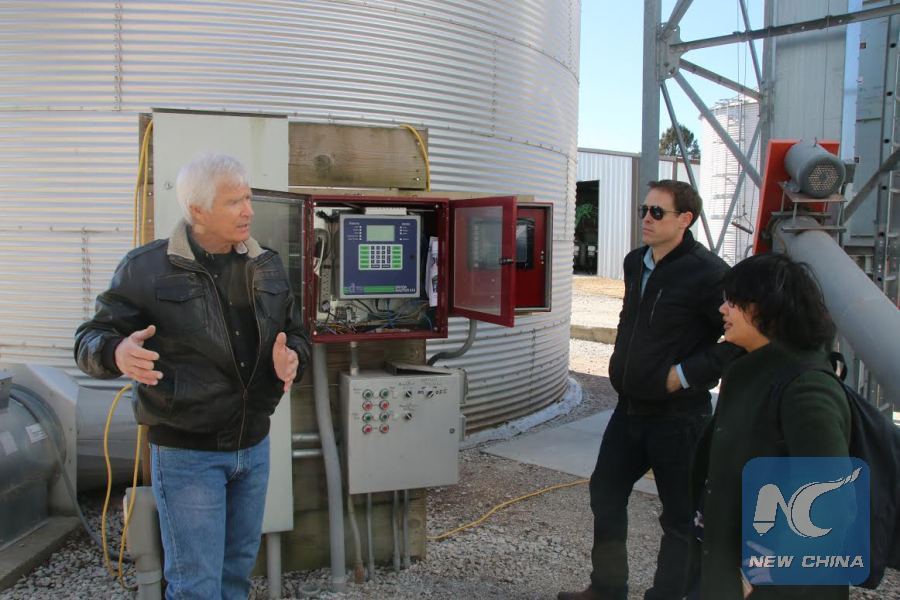 Rick and Grant Kimberley are explaining how their grain elevator operates to Xinhua at their farm in Des Moines, capital of Iowa, on Feb. 17. (Xinhua/Zheng Qihang)

Grant Kimberley, who also works as a director of market development at Iowa Soybean Association, said that there has been record demand for soybeans and the trend would continue.

"Farmers in Iowa will increase their soybean acres in the next growing season," Grant told Xinhua, adding that China is one of the major contributors to the strong demand and they are on their record pace for soybean exports to China.

The Kimberleys are not the only farmers in Iowa who are optimistic about their product outlook. Rooney was also in a light mood after attending a local beef expo where cattle auction price has risen. "After Mr. Trump was elected, it seemed like everybody had a lighter attitude about things," Rooney quipped.

Grant Kimberley considered Trump's trade rhetoric as part of his negotiation tactics, and said ultimately both sides could come up with a solution and meet each other half-way.

Rick Kimberley said that trade is important for both countries and it is beneficial for both to trade because they are not isolated countries anymore.

Farmers are also encouraged by Trump's pick of Iowa Governor Terry Branstad as ambassador to China. "Our Governor Branstad is going to China. This looks a huge step to me," said Rooney.

Grant Kimberley believed that Branstad will be a great person to make sure that lines of communication always remain open and get facilitated in a positive way back and forth, "even if occasionally somebody doesn't exactly agree with."

The farmer said the biggest concern would be that dialogue and communication are interrupted.