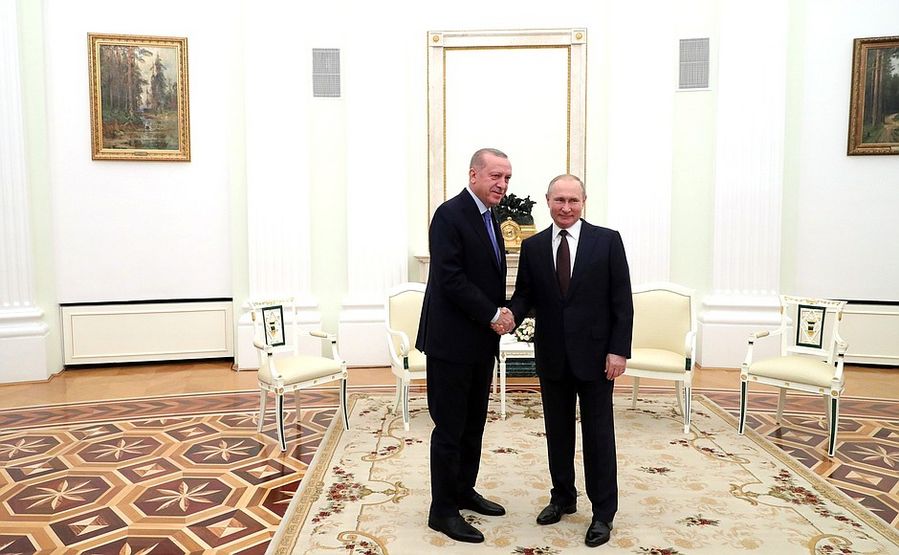 Erdogan said access to this unique monument of world civilization will be guaranteed for everyone, including foreign citizens, and Christian shrines will be preserved.

MOSCOW, July 13 (Xinhua) -- Russian President Vladimir Putin and his Turkish counterpart Recep Tayyip Erdogan discussed in a phone conversation on Monday developments in Syria and Libya, as well as the fate of Istanbul's iconic Hagia Sophia, the Kremlin said.

Putin and Erdogan emphasized the importance of stepping up efforts to promote a Syrian settlement, including in the Astana format based on agreements reached at the Russian-Turkish-Iranian online summit held on July 1, it said in a statement.

The parties highly appreciated the interaction between the Russian and Turkish defense ministries, which helped stabilize the situation in the northwestern Syrian province of Idlib and in the country's northeast, the statement said.

Putin and Erdogan reiterated the need for an early end to the armed confrontation and a return to the negotiation process in Libya on the basis of the decisions of the Berlin Conference held on Jan. 19, approved by UN Security Council and agreed to intensify joint political and diplomatic efforts in this area, it said.

Putin drew the attention of Erdogan to the significant public outcry in Russia over the decision to change the status of the Hagia Sophia, which served as a museum since 1935, to a mosque.

Erdogan said access to this unique monument of world civilization will be guaranteed for everyone, including foreign citizens, and Christian shrines will be preserved, the statement said.

Putin and Erdogan also exchanged views on certain issues on the bilateral agenda, including the prospects for the resumption of tourism as the COVID-19 situation improves, it said. ■