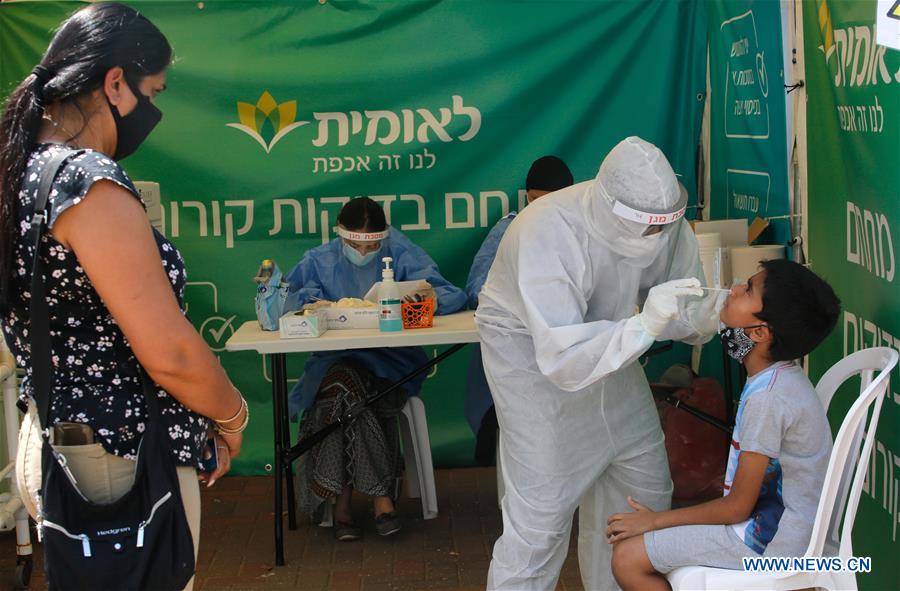 A medical worker collects a swab from a boy for a COVID-19 test in Lod, central Israel, on July 13, 2020. Israel's Ministry of Health has reported 1,962 new coronavirus cases on Monday, bringing the total cases to 40,632. (Photo by Gil Cohen Magen/Xinhua)

This is the highest daily figure since the outbreak of the pandemic in Israel in late February, as the previous record was 1,473, registered on July 7.

Earlier on Monday, the Israeli Employment Service released data showing that unemployment rate in Israel currently stands at 21 percent, with more than 852,000 unemployed people, compared to 27.5 percent at the end of April.

In February, the unemployment rate in Israel was only 3.9 percent with 162,500 people unemployed, but in early April the number of unemployed in Israel crossed 1 million.