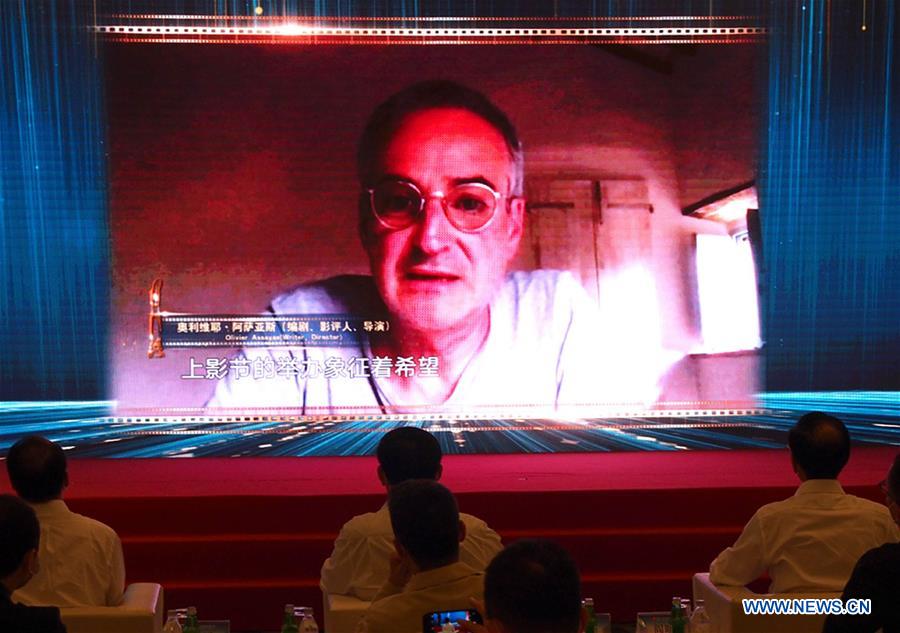 French director Olivier Assayas appreciates a series of innovation measures taken by hosts of the 23rd Shanghai International Film Festival (SIFF) via video link during the film festival held in Shanghai, east China, July 25, 2020. The 23rd SIFF concluded Sunday, attracting more than 160,000 who watched movies during the festival in various forms. More than 320 Chinese and foreign movies were screened in 29 cinemas in Shanghai during the nine-day event, among which over 200 made their world, Asia or China premieres. Tickets were sold only online, and attendance in each show was limited to 30 percent of cinema capacity according to regulations on COVID-19 prevention and control. Due to COVID-19, no awards were decided on in this festival, but a shortlist was released. (Xinhua/Ren Long)