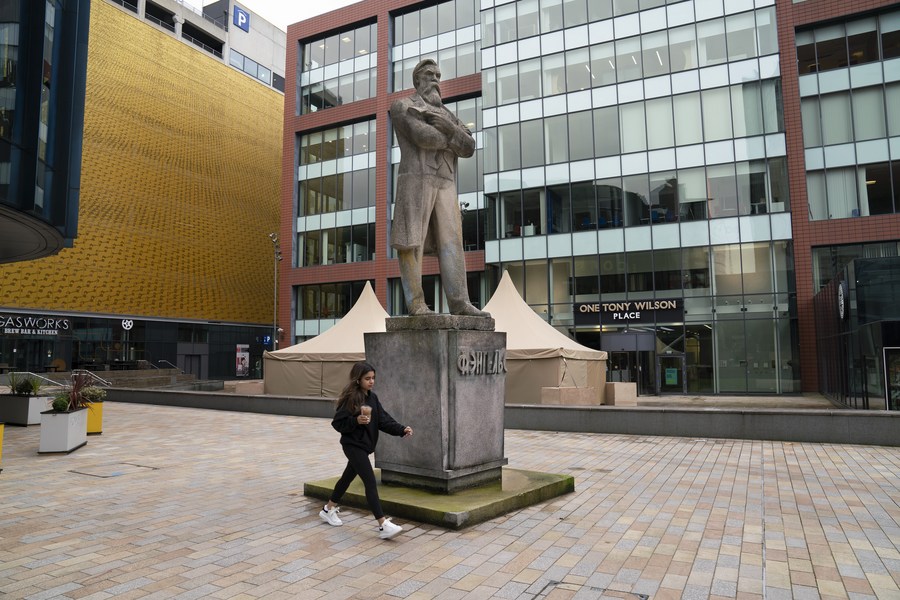 Lars Bluma, a scholar at the Historic Center of Wuppertal, said the city, which labeled 2020 as "the Year of Engels," had planned over 100 activities. Posters featuring a young spirited Engels, renowned as "a thinker, a doer and a Wuppertaler," are seen across the city.

Calling Engels as "the most famous son of the city," Bluma said Engels is still remembered because his thoughts are "beyond its time."

In the western German town of Wuppertal, Engels' birthplace, a community festival, as well as concerts, exhibitions, tours and discussions had been planned in what was known as "The Year of Engels." Due to the extended restrictive measures amid a surge in COVID-19 cases, most public events commemorating the birth of Engels have been moved online.

The online exhibition also showcases the legacies of Engels, including pictures, sketches and manuscripts, to commemorate the great thinker.

A new documentary "Friedrich Engels -- The Underestimated" has been aired on local televisions a week before Engels' birthday.

The film referred to Engels and Karl Marx as "one of the most famous duos in world history," focusing on their lives and their efforts to develop Marxist theories. 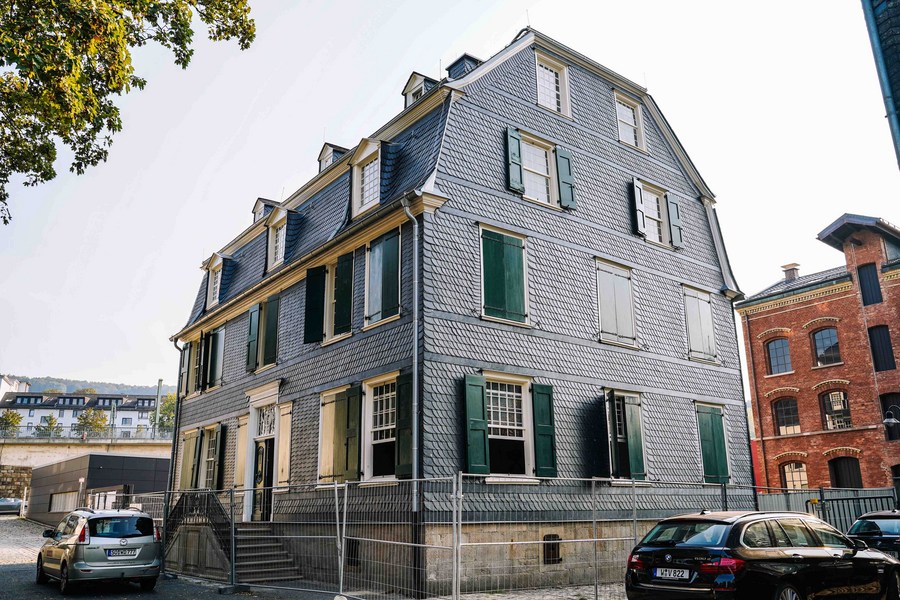 Meanwhile, a series of themed readings, lectures and discussions are also planned in the coming weeks, probably online depending on the situation of the pandemic.

Lars Bluma, a scholar at the Historic Center of Wuppertal, said the city, which labeled 2020 as "the Year of Engels," had planned over 100 activities. Posters featuring a young spirited Engels, renowned as "a thinker, a doer and a Wuppertaler," are seen across the city.

Calling Engels as "the most famous son of the city," Bluma said Engels is still remembered because his thoughts are "beyond its time."

"We do not see him as a historical person that after his death we have nothing to talk about. Actually there are lots of ideas and thoughts that we should grasp even though we are in the 21st century," said Bluma.

In Manchester, Britain, an online event, organized by the Chinese Consulate General in Manchester, was held Thursday to mark Engels' 200th birthday.

The event saw a reproduction of the scene on Engels' 70th birthday, including performances of a piece of Beethoven's music, a segment of opera La Dame aux Camelias and recitation of a poem by Russian poet Alexander Pushkin.

It also included a playback of the recent unveiling of the "Friedrich Engels Room" in the Chetham's School of Music in Manchester and the premiere of a documentary about Engels' life in Manchester.

During the online event, attended by more than 300 people, representatives from the Chinese consulate general and Chinese businesses and students in Britain were seen laying wreaths in front of the Engels statue in downtown Manchester. 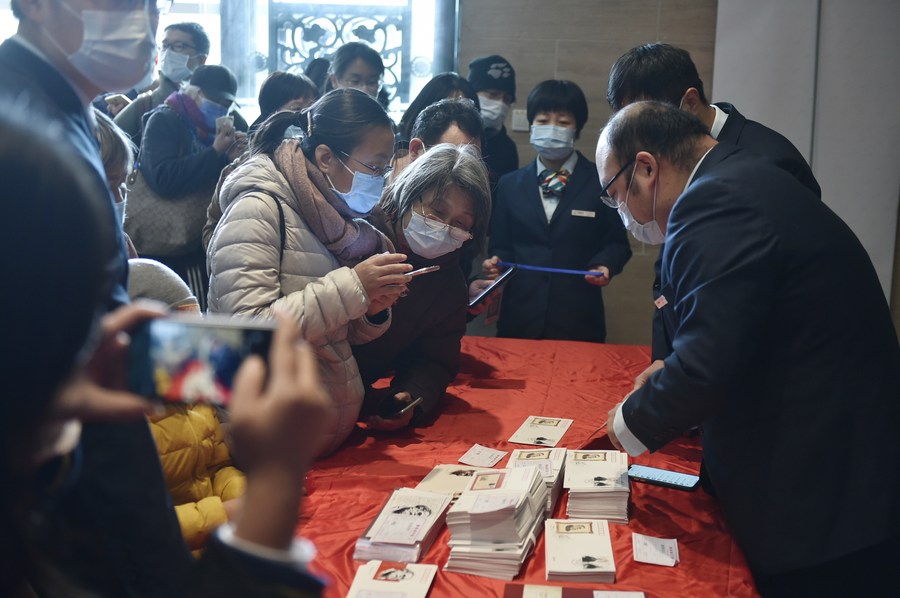 Richard Leese, deputy mayor of Manchester, said Engels' research in Manchester on social issues laid a solid foundation for the publication of The Communist Manifesto in late February 1848.

On the occasion of his 200th birth anniversary, Leese said Manchester is ready to advance its cooperation with China in a bid to pursue an inclusive and sustainable recovery from the coronavirus pandemic.

Earlier this week, to commemorate Engels' birth, China's National Academy of Governance and Manchester City Council held an online seminar about industrial restructuring and economic recovery of Chinese and British cities. Representatives from both sides discussed such issues as industrial restructuring, innovation and sustainable development.

In the autumn of 1842, Engels moved to Manchester, then known as "Cottonopolis," and started working for his family's textile business.

In Engels' "second hometown," where he lived for more than 20 years, Engels and Marx consolidated their friendship and started to develop groundbreaking theories that changed the course of history.

Engels has contributed substantially to the Marxist theory, not least with his acute observation of workers' condition and exploitation of capitalists. They co-authored The Communist Manifesto and co-founded the first proletarian party in the world to change the fate of the working class.

After the death of Marx, Engels shouldered the role of leading international workers' movement, sorting out and publishing Marx's unfinished work including Das Kapital, while continuing to defend and develop the Marxist theory. 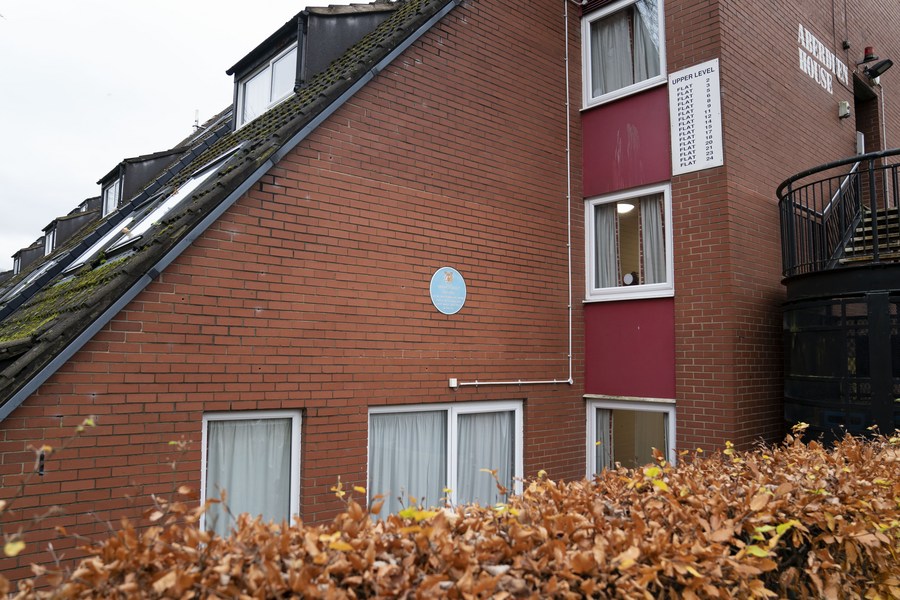 Photo taken on Nov. 17, 2020 shows a plaque on a building at the site where Friedrich Engels once lived in Manchester, Britain. (Photo by Jon Super/Xinhua)■