-- COVID-19 was likely in the United States as early as mid-December 2019, weeks before the virus was first identified in China.

-- Growing evidence, such as the detection of the virus genome in waste water samples in March 12, 2019 in Spain, shows COVID-19 was circulating outside of China earlier than previously thought.

-- Virus source tracing is a serious scientific matter. Being the first to report the virus does not mean that the virus had its origin in the Chinese city of Wuhan.

-- Historically, the place where a virus was first reported has not often been that of its origin. 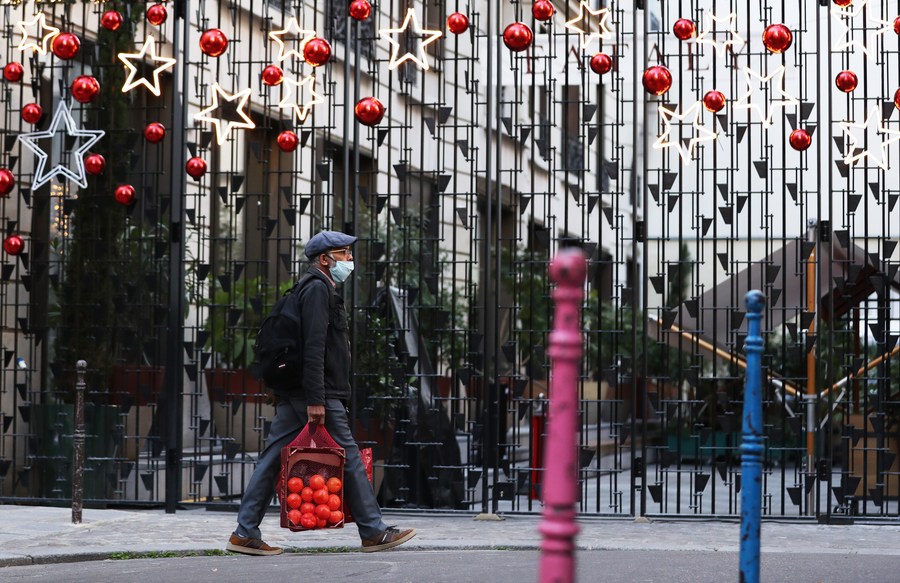 A man wearing a mask walks past some Christmas decorations in Paris, France, Nov. 18, 2020. (Xinhua/Gao Jing)

BEIJING/WASHINGTON, Dec. 2 (Xinhua) -- A newly released study by the U.S. Centers for Disease Control and Prevention (CDC) found that COVID-19 was likely in the United States as early as mid-December 2019, weeks before the virus was first identified in China, boosting evidence suggesting that the coronavirus was spreading around the world earlier than previously known.

COVID-19 infections "may have been present in the U.S. in December 2019," about a month earlier than the first case was officially confirmed in the United States, the CDC scientists wrote after finding evidence of infection in 106 of 7,389 blood donations from residents in nine states across the country, according to a study published Monday online in the journal Clinical Infectious Diseases. 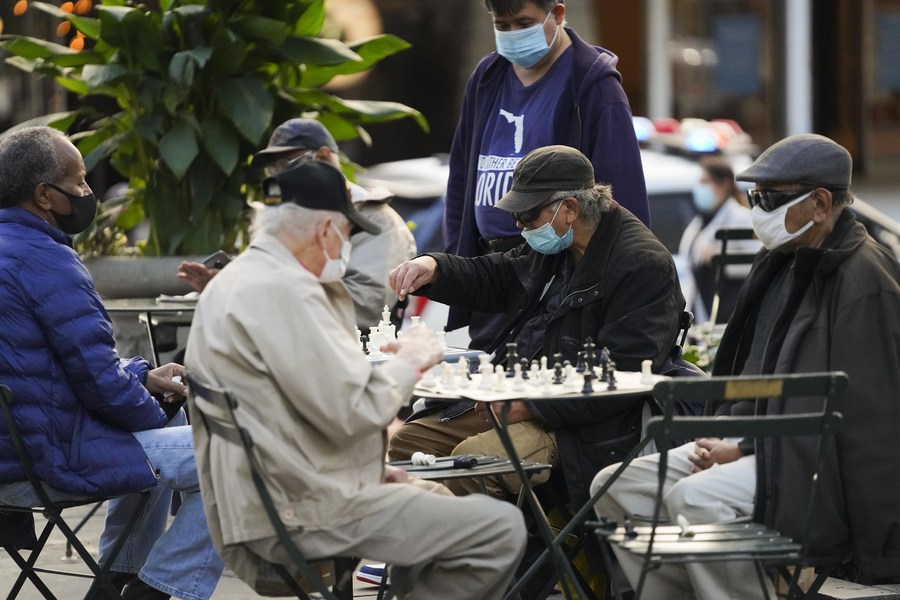 In the study, the CDC researchers found antibodies specific to the novel coronavirus in 39 samples from California, Oregon and Washington state collected between Dec. 13 and Dec. 16, and in 67 samples in Massachusetts, Michigan, Wisconsin or Iowa, and Connecticut or Rhode Island collected between Dec. 30 and Jan. 17.

The study also highlighted the value of screening routinely collected blood samples for evidence of viruses spreading in a population, said the researchers, adding the CDC is continuing to conduct ongoing surveillance using blood donations and clinical laboratory samples for COVID-19 infection in multiple sites across the country.

Before this latest report, the earliest case of the novel coronavirus in the United States was reported on Jan. 19 this year, two days after domestic testing was initiated, according to the CDC. 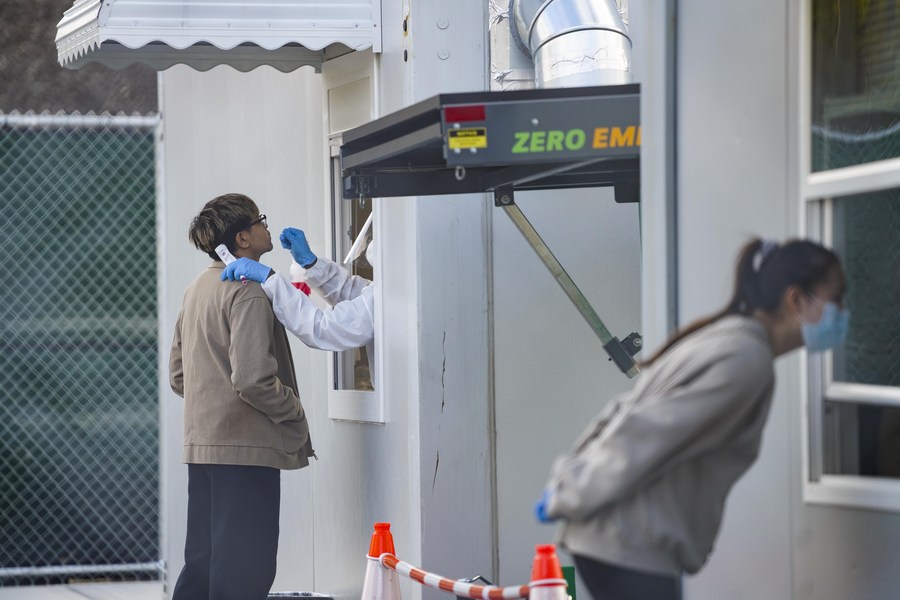 Yet, some reports have suggested the entry of the virus into the United States may have occurred earlier than initially recognized, though widespread community transmission was not likely until late February, the study authors said.

Also, Michael Melham, mayor of Belleville in the U.S. state of New Jersey, said in late April that he had tested positive for COVID-19 antibodies and believed he had contracted the virus in November last year, despite a doctor's reported assumption that what Melham went through was just flu.

"My fear is that there are many who dismissed a potentially positive coronavirus diagnosis as a bad flu," the mayor said in his statement. 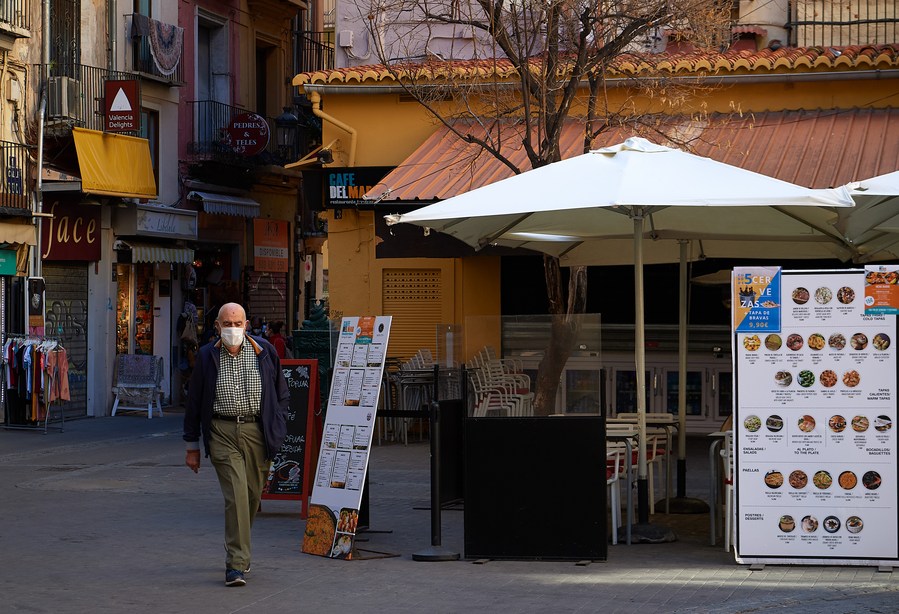 A man wearing a face mask walks at the centre of Valencia, Spain, Oct. 30, 2020. (Photo by Pablo Morano/Xinhua)

Not merely in the United States, more researches have added to growing evidence that COVID-19 was circulating outside of China earlier than previously thought.

In Spain, researchers at the University of Barcelona, one of the European country's most prestigious universities, had detected the presence of the virus genome in waste water samples collected on March 12, 2019, the university said in a statement in June.

These results "suggest the infection was present before knowing about any case of COVID-19 in any part of the world," the statement said. 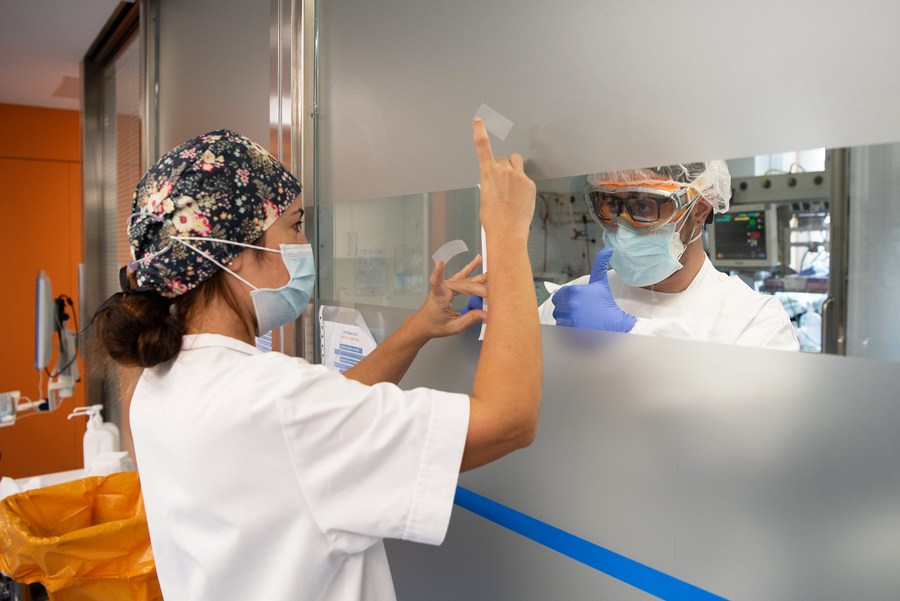 Medical workers communicate through the glass at a hospital in Barcelona, Spain, on Nov. 5, 2020. (Photo by Francisco Avia/Xinhua)

"Although COVID-19 is a respiratory disease, researchers proved there are large quantities of the coronavirus genome in the excrements that reach waste waters. This situation made the waste water-based epidemiology a potential tool for early detection of the circulation of the virus among the population," the statement said.

In France, scientists found a man was infected with COVID-19 in December last year, roughly a month before the country confirmed its first cases.

Citing a doctor at Avicenne and Jean-Verdier hospitals near Paris, BBC News reported that the patient "must have been infected between 14 and 22 December, as coronavirus symptoms take between five and 14 days to appear." 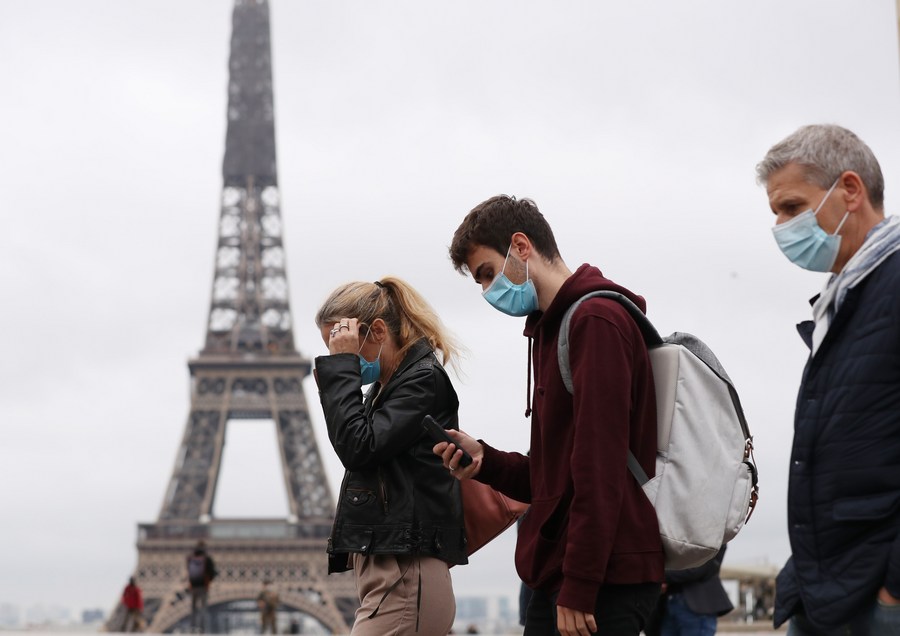 Meanwhile, in Italy, a recent research by the National Cancer Institute in Milan showed that 11.6 percent of the 959 healthy volunteers who participated in a lung cancer screening trial between September 2019 to March 2020 had developed COVID-19 antibodies well before February when the first official case was recorded in the country, with four cases from the study dated to the first week in October last year, which means those people had been infected in September.

Regarding the new findings, Michael Ryan, executive director of the World Health Organization (WHO)'s Health Emergencies Program, said at a press conference on Friday that the WHO is "working with scientists all over the world."

The organization will "take every detection in France, in Spain, in Italy very seriously, and we will examine each and every one of them," he said. 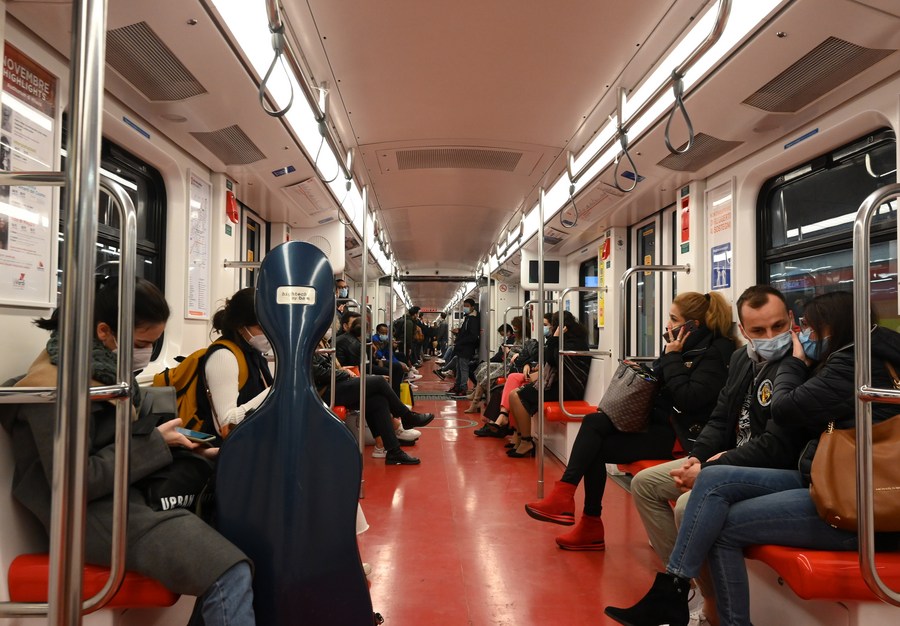 Indeed, virus source tracing is a serious scientific matter, which should be based on science and studied by scientists and medical experts. As far as COVID-19 is concerned, being the first to report the virus does not mean that the virus had its origin in the Chinese city of Wuhan. 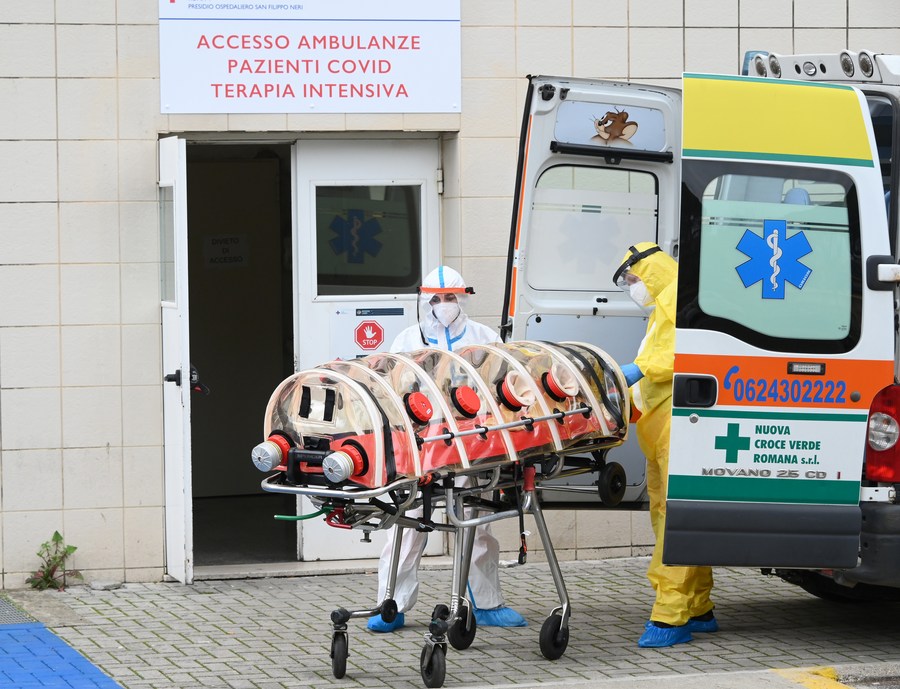 As WHO Director-General Tedros Adhanom Ghebreyesus has said, the WHO is "committed to doing everything it can based on science and solutions to find the origin and that's the basics."

"We need to do the basics and we will not stop from knowing the truth on the origin of the virus but based on science, without politicizing it or trying to create tension in the process," the WHO head observed.