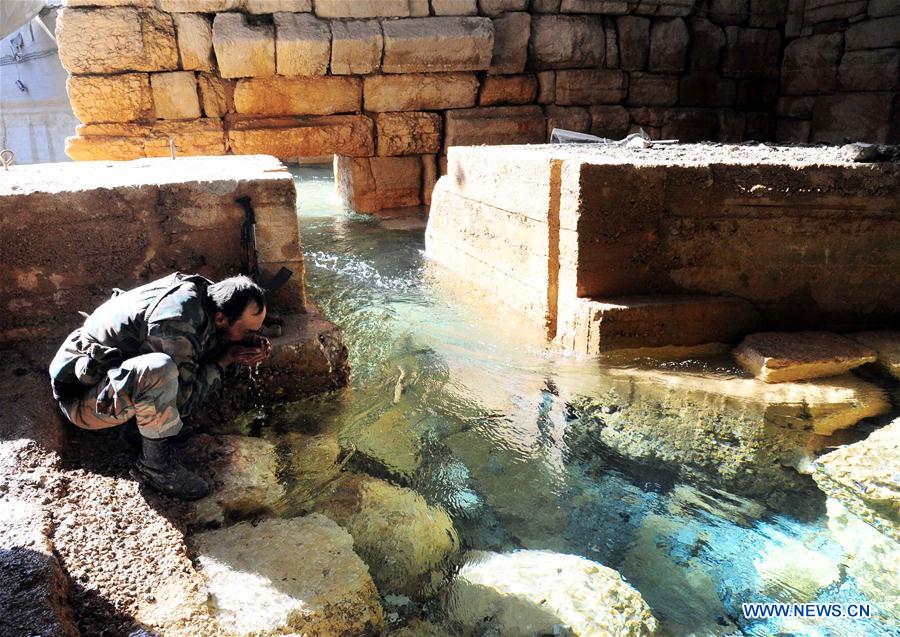 A Syrian soldier drinks from the spring of Ain Fijeh in the town of Ain Fijeh, northwest of Damascus, capital of Syria, on Jan. 29, 2017. A first batch of 160 people, including rebels and their families, evacuated the water-rich town of Ain Fijeh northwest of the capital Damascus toward the northern city of Idlib on Sunday, as part of a deal with the government, after the Syrian forces captured the town to restore water to thirsty Damascus, a military source told Xinhua. (Xinhua/Ammar Safarjalani)