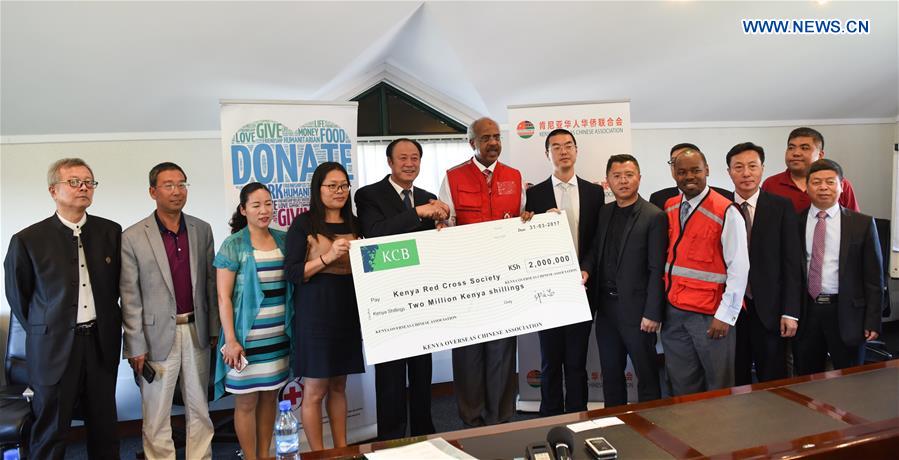 NAIROBI, March 31 (Xinhua) -- The Chinese community in Kenya on Friday donated 20,000 U.S. dollars to the Kenya Red Cross (KRC) to strengthen life-saving interventions for drought victims in the country.

Representatives of Kenya Overseas Chinese Association presented the cash donation to support provision of relief food to communities affected by a biting drought that peaked early this year.

"When the Kenyan government declared drought a national disaster in February, we launched a fund raising initiative to help the victims. Today's donation will be channeled to populations in need of food," said the Chairman of Kenya Overseas Chinese Association, Guo Wenchang.

He added that the Chinese community in Kenya is committed to assisting local communities affected by natural disasters like drought.

"We believe Kenyans are our brothers and sisters and will uphold the Chinese tradition of helping those in difficult situation," Guo remarked.

Chinese nationals lend a hand when Kenya experienced a devastating drought in 2011. Guo revealed that the Chinese community donated 60 tons of food for distribution to drought stricken northern counties.

An estimated 3 million Kenyans in 23 counties are affected by a severe drought that is expected to subsidize when the long rain season peak in April and May.