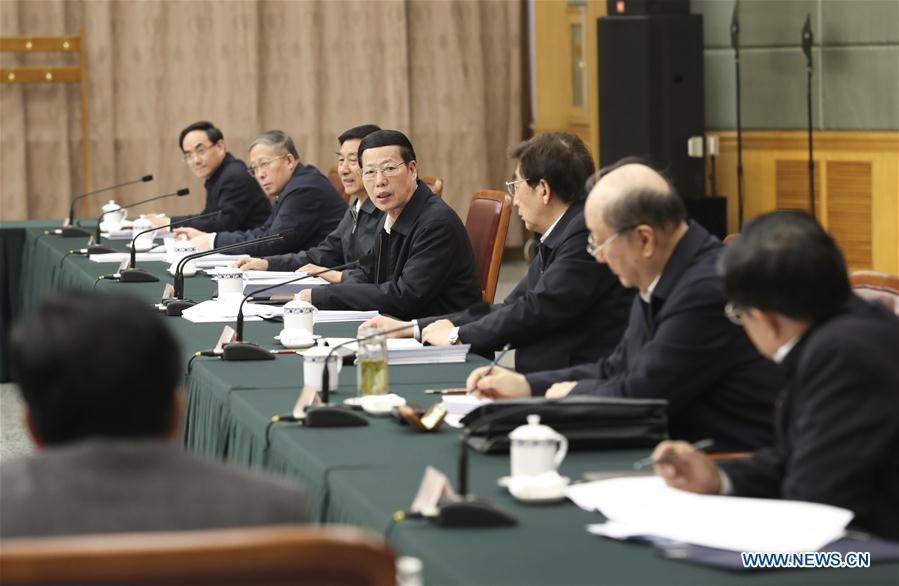 He said the area should see a "reasonable pace of development" while underscoring that large-scale real estate development and illegal construction would by no means be allowed.

Zhang was speaking at a conference on coordinated development of the Beijing-Tianjin-Hebei (Jing-Jin-Ji) region.

He demanded measures that would strictly control housing prices, population and planning in regions around the new area, guard against speculation in the land and property markets and control industries seeking to establish a presence there.

China announced plans to establish Xiongan New Area on Saturday, as part of measures to integrate Jing-Jin-Ji development and cure "urban ills" such as traffic congestion and air pollution in the capital.

Saturday's announcement has already driven housing prices up in the area.

Authorities acted fast to address the frenzied speculation, with dozens of estate agents ordered to close and seven people detained as of Tuesday.

Zhang said the planning of the new area should feature "high standards and high quality," and stressed innovation, policy support, and environmental protection.

The decision to set up Xiongan New Area was made in a "scrupulous, prudent, methodical and democratic" way, Zhang told the conference, noting that the area should be developed in an orderly manner to stand the test of time.

Xiongan should be "a green, livable modern urban area, a region led by innovation-driven development, a demonstration area of balanced development and a pioneering region of open development," he said.

The subsidiary city center will be located in the eastern suburbs of Tongzhou.

Quoting Xi, Zhang said authorities should coordinate all efforts like the moves in a chess game, and phase out "non-capital functions" from Beijing in an orderly way.

On integrating the development of the Jing-Jin-Ji region, Zhang demanded progress in integrating transportation, protecting the environment as well as upgrading and transferring industries.

Regional planning should be systematic, Zhang noted, and there should be stronger land, real estate and population controls.

Work should be expedited to build a pilot area to explore innovation and reform, while basic public services must be shared across the region, he said.

China initiated in 2014 a strategy to integrate the development of Beijing, Tianjin and Hebei for a better economic structure, cleaner environment and improved public services.

With that strategy, authorities intend to transform the region into a new growth pole as China's economy slows.