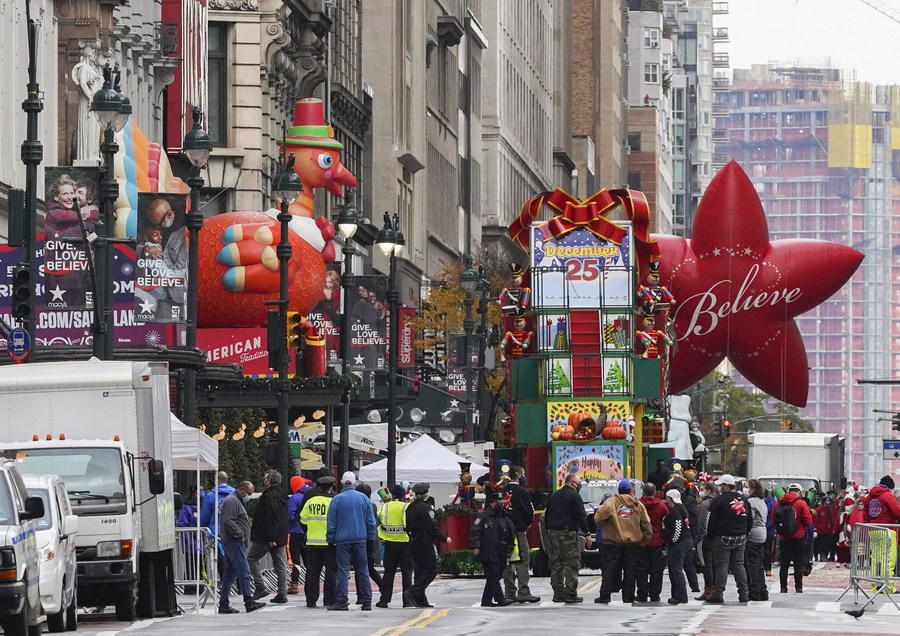 According to Adobe Analytics, U.S. consumers' online spending made a new record high of 5.1 billion U.S. dollars on Thanksgiving Day with a year-on-year growth of 21.5 percent.

NEW YORK, Nov. 28 (Xinhua) -- Black Friday, one of the days most anticipated by U.S. consumers, saw a shift in consumption patterns this year due to the surge in COVID-19 cases nationwide, as many more shoppers opted for online sales.

According to Adobe Analytics, U.S. consumers' online spending made a new record high of 5.1 billion U.S. dollars on Thanksgiving Day with a year-on-year growth of 21.5 percent.

"It was quick. It was a short line. It is not very busy now," Christina, a 74-year-old woman who did not give her surname, told Xinhua on Friday morning. She only spent about five minutes buying a toaster oven at Macy's flagship store in New York City that day.

Only a few dozen in-store shoppers were seen at Macy's flagship store, Saks Fifth Avenue and other retailers' stores around the city on Black Friday, a sharp contrast with the crowds and long queues at the same time any other year.

"This year is scary. You want to get out of the store quicker to protect yourself even though we have masks. We have to prevent socializing and gathering with large crowds. We have to keep a distance," said Christina. 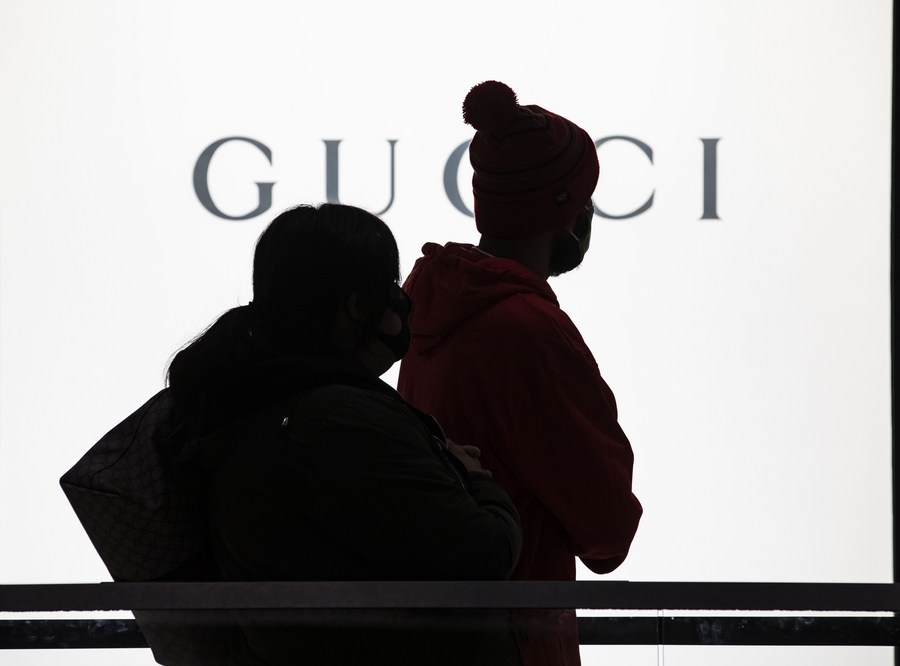 People wait to enter a store during Black Friday shopping at Fashion Outlets of Chicago in Rosemont, Illinois, the United States, on Nov. 27, 2020. U.S. consumers' online spending made a new record high of 5.1 billion U.S. dollars on Thanksgiving Day with a year-on-year growth of 21.5 percent, according to the data issued by Adobe Analytics. (Photo by Joel Lerner/Xinhua)

So far, the country remains the worst hit by the pandemic, with the world's most cases and deaths, making up more than 21 percent of the global caseload.

U.S. COVID-19 cases hit 10 million on Nov. 9, and have increased at a pace of 1 million more cases about six days on average since then.

Thursday marked the 25th consecutive day when the U.S. daily cases reported more than 100,000 since the beginning of November.

Millions of Americans traveled by air across the country since last week, despite health officials' advice of celebrating Thanksgiving at home with immediate household members only.

Experts feared that gatherings after long-distance travel would push case numbers higher after the Thanksgiving holiday. ■